USA,Vereinigte Staaten von Amerika, Florida, | Source Wikipedia : USA ,United States,United States of America,Florida, The Monroe Station was a historic gas station in Ochopee, Florida. It was located at the junction of Tamiami Trail and Loop Road. On May 11, 2000, it was added to the U.S. National Register of Historic Places. As of July 29, 2007, it was boarded up and abandoned.

On April 9th, 2016, the building was destroyed in a fire by a group of instagrammers from South Florida. One man climbed onto the roof to spin wool while two other men were on the ground shooting photos. They claim when the fire sparked, the three of them initially tried to put it out but because it spread so quickly, they decided to flee from the scene instead.
It was delisted from the National Register on May 15, 2019 | 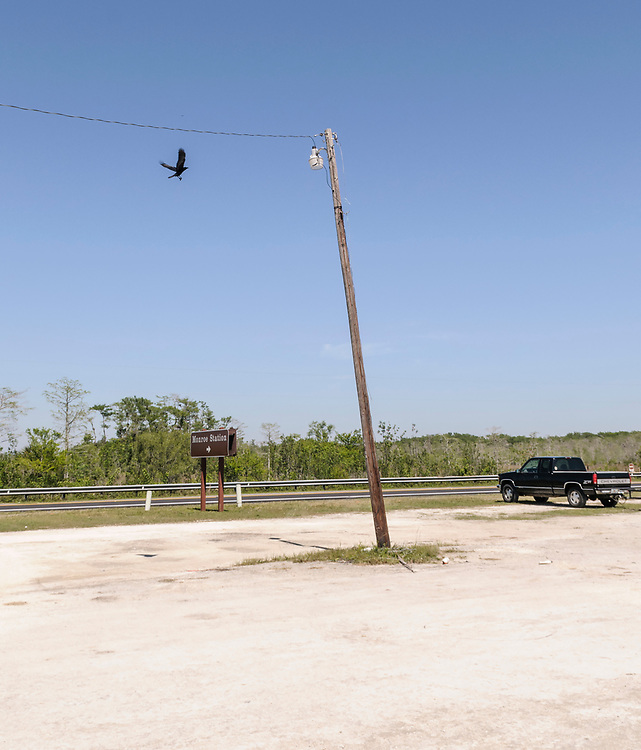